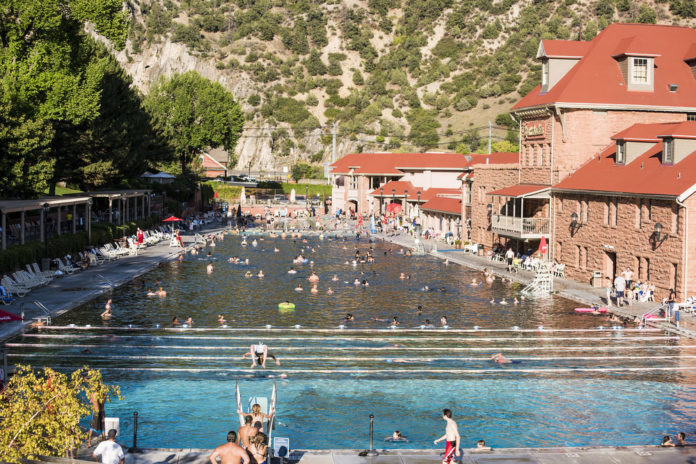 Momenta was founded by Mandy Owensby, who has been in recovery for nearly six years. A mother of two, Owensby wanted to create a program that specifically aids both women and mothers after her difficulties finding programs that would accept her with her children.

Before opening the addiction treatment center, she worked in human services. During this time she noticed a lack of local treatment resources for patients, who instead had to be referred to programs out of their home state.

Momenta clinician Bailey Allison noted that economic troubles have contributed to surging addiction trends in the state. She continued that a lack of psychiatrists and physicians able to provide treatment in rural communities such as Glenwood Springs has compounded the issue.

There’s been an increase in substance abuse and suicides in mountain communities, Owensby said.

The Colorado Department of Health & Environment estimated that almost 960 total drug poisoning deaths occurred in 2017, which represents a 5-year high for Colorado.

Gov. John Hickenlooper recently passed a law to preserve the Substance Abuse Trend and Response Task Force in the state.

During October 2017, the task force instigated a subcommittee that focused on protecting and supporting young children whose parents or caregivers have substance use problems. Many mothers with substance use disorders have a fear of losing custody of their children, Owensby said, and many of them may not seek help until their substance abuse becomes severe.

Momenta staff utilize a holistic method to recovery, not only focusing on mother-child relationships, but on the whole family. Based on the 12-step model, the facility offers family therapy, fitness, nutrition and more for patients.

Aside from Momenta, Owensby said, there are only three other programs offering similar services, being in Grand Junction, Denver and Pueblo.

The center consists of two buildings. The first houses eighteen women in the program, while the second one provides room for six women who have completed treatment and are transitioning back into society.

Owensby mandates patients to commit to a minimum of 90 days of treatment. She believes that the longer they receive treatment, the more likely they will be able to sustain a long-term recovery. A longer treatment program may also reduce patient ‘triggers’.

In Bailey Allison’s work with outpatient treatment centers, she worked with patients with addictions who have also experienced trauma in their lives. Depending on the severity of the trauma, they may have risk of developing substance use disorders when they become older.

She continued that if people would be willing to understand the connection between drug addiction and trauma, it may become easier to see that substance abuse often is not a choice, but a serious medical condition.

Momenta’s opening has garnered much interest from those seeking addiction treatment, and Owensby believes that they may soon have to place people on a waiting list.